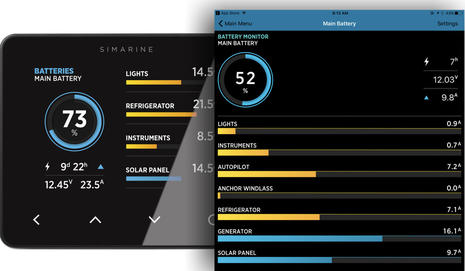 In order to optimize battery capacity and prevent overvoltages or undervoltages, the battery monitoring syistem actively monitors the charge balance of all cells in the battery.

The BMS balances the cells through:

-To a by-pass phenomenon

-To reduce the charging current to a level low enough not to damage the fully charged cells while continuing charging to the other cells (not applicable to lithium cells).

-To a modular load

There are different types of battery management systems and battery monitors and  that can vary depending on the complexity and performance requirements:

-Intelligent active controllers for switching on and off part of the load to achieve load balancing.

The BMS can be organized into 3 categories:

-Centralized battery managemnet system: a single controller is connected to battery cells through a multitude of wires

-The distributed battery management system: a controller is installed on each cell, with only a single communication cable between the battery and the controller

-The modular battery management system: several controllers connected to a certain number of cells, accompanied by a communication between the controllers

Requirements for battery management systems in mobile applications (such as electric vehicles) and stationary applications (such as photovoltaic panels or wind turbines) are different, in particular in relation to the weight or space used, so that Hardware and software integrations must be adapted to the specific use of each product. In the case of electric or hybrid vehicles, the battery monitoring and  battery management system is only a subsystem and can not function as a stand-alone device. It must communicate with at least one charger (or charging infrastructure), a load, a thermal management and an emergency stop subsystem. Therefore, to have a good design of battery management system in a vehicle, it must be integrated with the subsystems.

Some mobile applications (such as medical equipment carts, powered wheelchairs, scooters and forklift trucks) often have external charging equipment, but the battery management system and monitoring on board must always be tightly integrated with the external charger and design.

Batteries are particularly sensitive to deep discharges. A battery is “empty” when the voltage specified by the manufacturer is reached. However, this does not mean that no electricity is flowing anymore, incandescent lamps and the like simply continue with the effect that the battery is “deeply discharged”, which permanently destroys it.

The so-called undervoltage protectors help reliably against the forgotten luminaire in the toilet or baking tray, which discharges the battery and destroys it all day long. These devices separate the consumers connected to them by lowering the minimum voltage and thus protect the battery from deep discharge.